Shop Our Vapes For A Tastier High 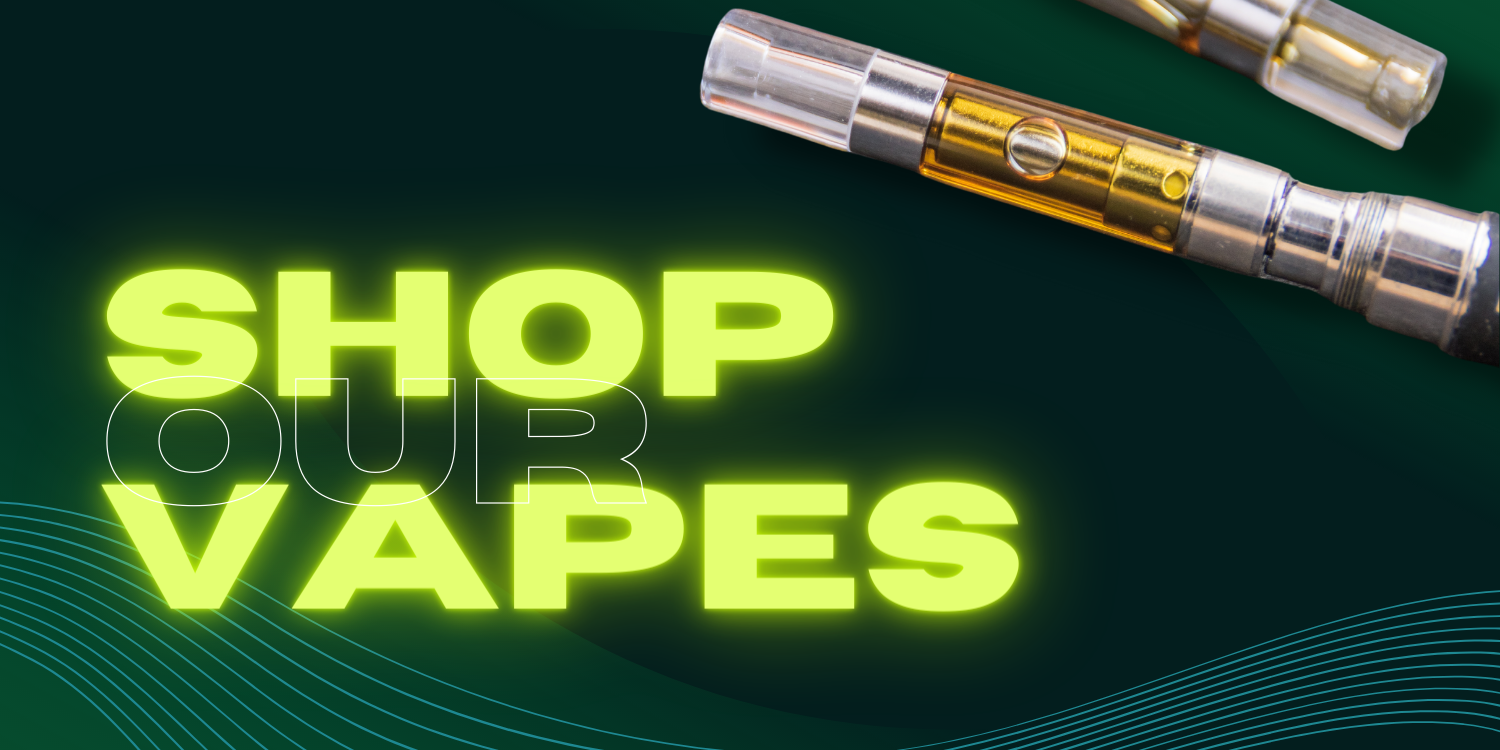 Tired of the same old same old? A habitual flower smoker, but looking to try something different? Look no further than our delicious and most importantly, potent THC vapes available for same day weed delivery!

Though getting high with the classic bud has been tried and true for hundreds of years, smoking THC concentrate whether that be in diamond, shatter, or oil form (like a vape pen) is relatively new in the cannabis world! If this is your first time exploring the world of concentrates, here are a few pro’s to making the switch…

Unlike smoking flower, the inhales you have to take with a pen are much smaller and less intense. You can take a smaller hit, and still get the same strength high as you would with a big pull of flower. Sometimes even stronger!

There’s no question that a vape pen is much more discreet to use in public, at home, or anywhere you’re looking to stay under the radar. The smell is much more floral/fruity than marijuana flower, and it dissipates considerably faster as well. If you’re trying to smoke on the low, than a vape pen is definitely for you!

According to Vessel, “many of us know carcinogens in relation to smoking cigarettes. They’re those cancer-causing toxins like ammonia and tar that creep into the lungs when inhaling cigarette smoke. Unfortunately for consumers, the combustion of cannabis can produce a few nasty toxins of its own. Vaping cannabis may significantly reduce the chance of inhaling carcinogens. This 2007 study compared test subjects who smoked cannabis against those who vaped it. They found that blood levels of harmful carbon monoxide were significantly lower in those who vaped. A 2010 study found that former cannabis smokers felt improvement in breathing after just one month switching to a vape. Switching to a vape pen and ditching the harmful toxins from combustion in your joint, bong, or bowl may be a great choice.

Purchasing a vape may seem like a steep investment, but it’s actually much more cost efficient for most users than smoking flower the old-school way! Without realizing it, most of us burn much more flower than we actually smoke. This is especially true when sharing a joint with friends, or when you let it burn a little too long. With a vape, the oil is only used when inhaled. Talk about a zero-waste lifestyle 🙂

Holiday Fun Near You In The GTA, And The Perfect Strain To Match
November 30, 2022

This Newest Hybrid Highlight Is Every Candy Lover’s Dream
November 21, 2022

This New Strain Of The Week’s Got Us Cheesin’ Hard
November 8, 2022

Indica Vs. Sativa And Fall Activities For Each!
October 19, 2022

The Dankest Candies Around, Just Restocked For A Limited Time Only!
September 20, 2022