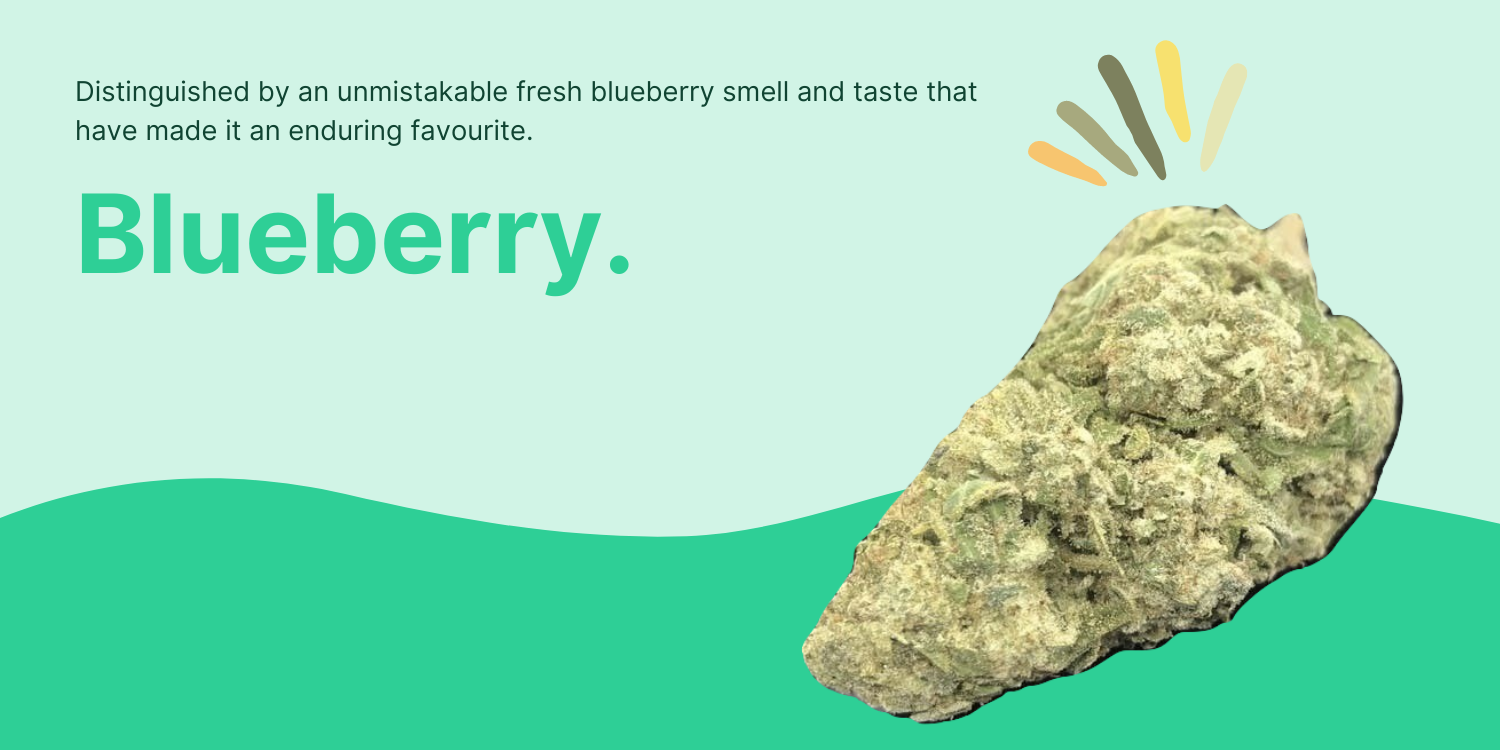 Blueberry is a popular, flavour-forward indica hybrid with a strong genetic backbone. It is a three-way cross between an indica Afghani parent and sativa Thai and Purple Thai variant parents. Blueberry was originally developed in the 1970s or 80s by DJ Short, a mysterious but prolific breeder who’s been dubbed the “Willy Wonka of pot.” Blueberry is distinguished by an unmistakable fresh blueberry smell and taste that have made it an enduring favourite. Blueberry is popular nationwide. It won top marks in the 2000 High Times Cannabis Cup for Best Indica and best strain overall. Blueberry has a THC content that ranges between 15% and 24%. 80/20 Indica/Sativa.

As An Added Bonus

Blueberry is apart of our Mix and Match special! So don’t miss out on this awesome deal, and check it out here.

Deliciously Dank, These Gummies Are Back In Stock!
July 7, 2022