This Strain Of The Week Is Out Of This World 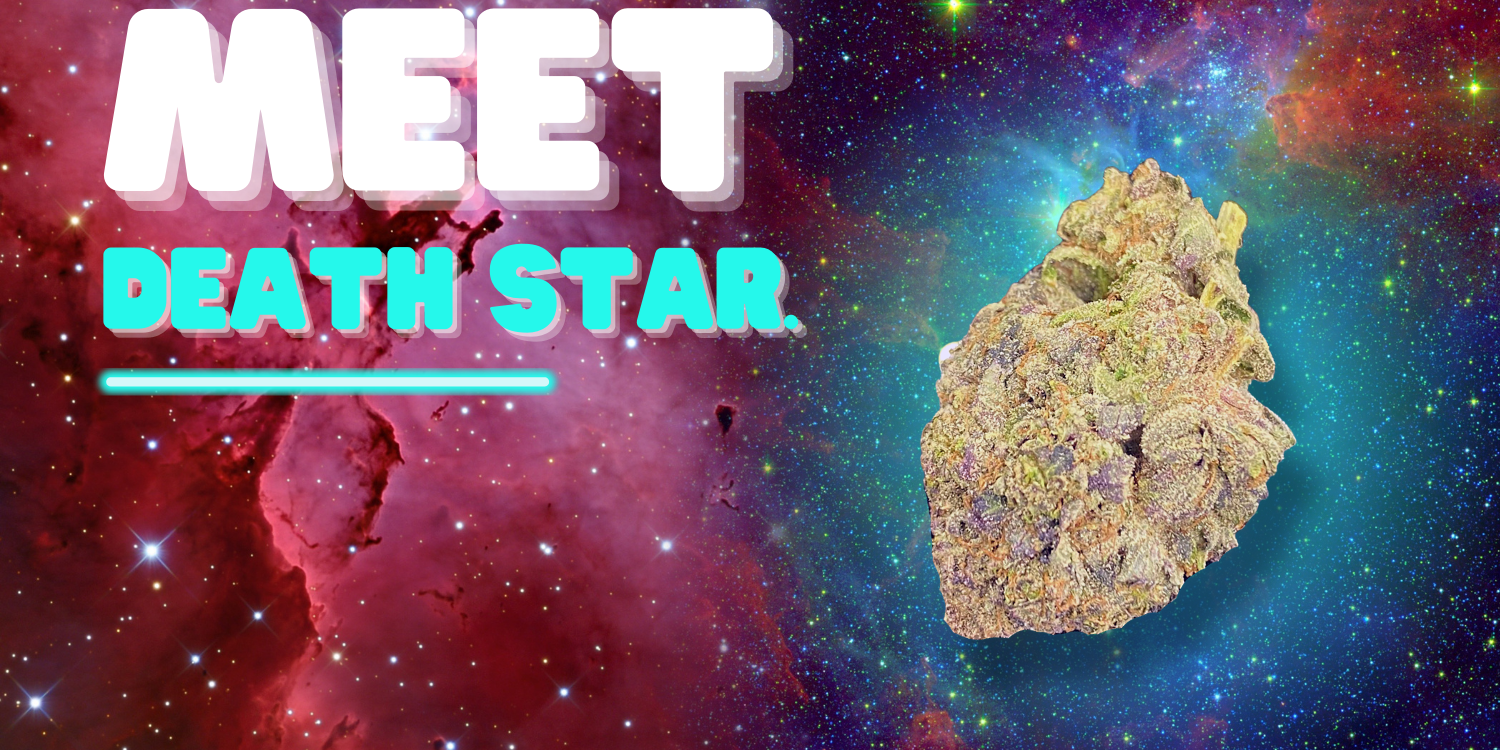 In a galaxy far far away, a bud was born with a heavy hitting high that was renowned on every planet and spaceship in the stratosphere. This flower came to be known as Death Star, and it fought its way past every stormtrooper just so it could be available for weed delivery in a city near you 🙂 Read on to find out why this Indica Hybrid is simply out of this world.

Death Star is a cross between Sensi Star and Sour Diesel which is most commonly known as an indica-dominant. Death Star possesses the best attributes of both its parents. Its name is assumed to be linked with Star Wars movies. It has the indica/sativa ratio of 75% to 25%. The Death Star high sneaks up on you, like a planet-sized space station, before launching into you with powerfully uplifting beams of euphoria. You’ll feel blissfully happy, although pretty hazy, in this state, unaware of any mental pains or racing thoughts. As your mind soars higher and higher into space, your body will start to be pulled back down with a relaxing body stone that permeates your entire being. This effect will leave you starving and sleepy, swinging back and forth between wanting food and wanting a nap. In combination with its powerful 20-28% average THC level, these heavy effects give Death Star an edge in treating conditions such as chronic pain, depression, nausea, and migraines or headaches. Death Star buds have small minty green nugs with dark amber undertones and matching crystal trichomes. As each bud is broken apart and smoked, rich flavours and smells of skunky earthy diesel and sweet kush will blend together for a flavour explosion that is out of this world.

We love giving our awesome customers the best deals on the best strains, so catch this flower at the $125/OZ range, which can be combined with any other flower with the same price.

Our Best-Selling Edibles Are Your Golden Ticket To The Perfect Buzz
August 2, 2022